“The money shot, as it were, is the moment the Mountie tells Maxime Bernier to put his hands behind his back.

The earnest leader of the People’s Party of Canada, in Manitoba for a protest against social and economic pandemic restrictions, was being handcuffed Friday after thrice violating public health orders.

As the RCMP officer asks Bernier to step outside his vehicle — clearly audible in a video Bernier himself posted on Twitter — “Mad Max” has a clever smirk on his face.

The smirk disappears as the handcuffs are applied, replaced with the ashen realization Manitoba was serious, finally, about arresting him for breaching its COVID-19 pandemic health orders.

It was an odd and somewhat amusing day for both Bernier and Manitoba enforcement officials.

History will show the former federal cabinet minister and Quebec MP was given every opportunity to stand down on his barnstorming tour of southern Manitoba.

Notwithstanding its decisive action Friday, this is a provincial government that has been reluctant to shut down the dazed and confused, self-appointed guardians of personal freedom who are using the pandemic to grab their 15 minutes of fame.

Although all provinces suffer from a lack of confidence on this issue, Manitoba has certainly been among the most deferential when it comes to punishing individual or groups of people deliberately breaking public health orders.

Proof of that can be summed up in two words: Springs Church.

Throughout the pandemic, the Winnipeg church has proved to be among the least compliant with public health orders. Its abysmal behaviour crested recently, when pictures and videos of a maskless ceremony for its Springs College graduates was posted online.

Despite this clear and unambiguous evidence, Justice Minister Cameron Friesen said his department has not decided whether charges are warranted. He said the photos and videos “can be deceiving.”

That kind of response has defined a government that would rather issue tickets than intervene directly with people who deliberately and repeatedly break pandemic rules the overwhelming majority of Manitobans follow.

That same deference was evident in the early stages of Bernier’s tour.

On Thursday night, Bernier arrived in Winnipeg, having spent most of the day on Twitter mocking Manitoba Premier Brian Pallister for threatening his tour with tickets and possible arrest. He also posted an excerpt from a letter, written by a senior provincial health official, warning him he needed to isolate for 14 days after arriving in Manitoba.

Bernier’s response? He posted a video of himself standing in front of the giant Winnipeg sign at The Forks.

Pretty clear evidence he was not isolating.

On Friday, Bernier arrived on schedule in Niverville (some 40 kilometres south of Winnipeg) just before noon, and treated 50 maskless supporters to a rambling 30-minute speech about how Conservatives aren’t conservative enough, the pandemic emergency was “over,” and Canada allows too many immigrants.

Just before wrapping up, he also encouraged those in attendance that if they do get cited for participating in the gathering, they should ignore the tickets. “Don’t pay that; it’s unconstitutional.”

Finally, after two clear breaches of public health rules, and advising people to ignore public health orders, enforcement officials finally acted. Although not with the full force of the law.

Shortly after Niverville, Bernier was pulled over by provincial enforcement officers, issued a $1,296 ticket and warned that if he kept up his personal appearances — a scheduled 10 additional events Friday through Sunday — he could face arrest.

(We know all this because Bernier posted a video of the officer issuing the warning through the window of his vehicle.)

Shortly after another event in St-Pierre-Jolys (Bernier once again posted photos on Twitter, just in case law enforcement needed evidence), he was stopped again, cuffed, ushered into a RCMP vehicle.

He has been charged with offences under the Public Health Act.

All Manitobans who have faithfully respected the restrictions and who have welcomed the opportunity to be vaccinated, do not deserve to have their province used as a stage for Bernier’s deranged rantings.

They don’t deserve to see their provincial government offer a level of tolerance inappropriate for the gravity of such offences.

Bernier was, ultimately, arrested. But it’s hard to shake the sense the Pallister government hasn’t figured out the rules and standards used to deal with pre-pandemic threats to public health and safety are woefully inadequate.

In the immediate aftermath, it was unclear whether Bernier would get bail or (less likely) spend the weekend in the Winnipeg Remand Centre. Currently, justice officials are doing everything they can to limit remand time for non-violent offenders because of the threat posed by — wait for it — COVID-19.

It is an odd and ironic concession to make for a man who doesn’t think COVID-19 is much of a threat. That’s justice for you.”

This guy is suing me for damaging his reputation.

My latest: the haters

Right off the top, let’s all agree not to use his name.

The alleged killer of the Muslim family in London, that is.
With some crimes, that’s what the criminals so often want: to be named, to be remembered.  So let’s deny the killer that.

The killer wanted notoriety, to be sure.  But what else could possibly be his motive, for a crime this horrifying, this cruel? We don’t know for certain yet.

Bits and pieces are coming out, as they always do, in newspapers and on social media. Shocked neighbours are interviewed. Disbelieving former teachers, too. Family members are typically sought out for comment, but they often don’t know what to say. Understandably.

But whatever we learn about the killer, and the killer’s motive, one thing is certain: he belongs to a certain demographic.  It’s one this writer has been paying attention to for three decades, because their ranks have been growing.

They’re not terrorists, often. Despite what Justin Trudeau claims, they’re not motivated by some political or ideological purpose. They’re just criminal thugs, and they hate other people.

From skinheads to incels, these young men become incandescent balls of rage. They are looking for a replacement family, a new beliefs system, a sense of belonging, a higher calling, a culture that rejects the popular culture, a new religion, maybe even a uniform to wear.

And along come manipulative older men, practiced in deception, who give them all those things. The old men give the young men a manifesto of hate.

Now, desperate young men do desperate things, as we are now seeing – in London, Ont., in Quebec City, on Parliament Hill, on Yonge Street in Toronto. But these crimes are happening much more frequently, it seems, and with much more ferocity.

Why? Well, social media doesn’t help.  It’s a cauldron of hate, too often, where hatreds flourish like dark weeds. Video games and popular culture, too: they nurture the notion that violence is a legitimate way of expressing oneself.

But all of these young men share certain characteristics.  Despite the differing races and politics, they share motive.

These young men turn to anti-democratic action precisely when they feel democracy has turned on them.

Using violence to achieve political change is terrorism. But, Trudeau’s claims notwithstanding, the terrible events in London simply may not be terrorism.

They truly seem what they they most often are: an angry, directionless young man, suffused with hate, who tries to destroy what he fears.

Which, in this case, were some strangers who had what he did not – family, faith, love and a belief in humanity.

[Kinsella is the author of several books on organized racism, anti-Semitism and extremism.]

Every federal leader is silent when Quebec enacts it’s anti-Muslim legislation, and then expect us to listen to their pious speeches after the mass murder of Muslims in London this week. #cdnpoli #lpc #cpc #ndp

Pray for this family 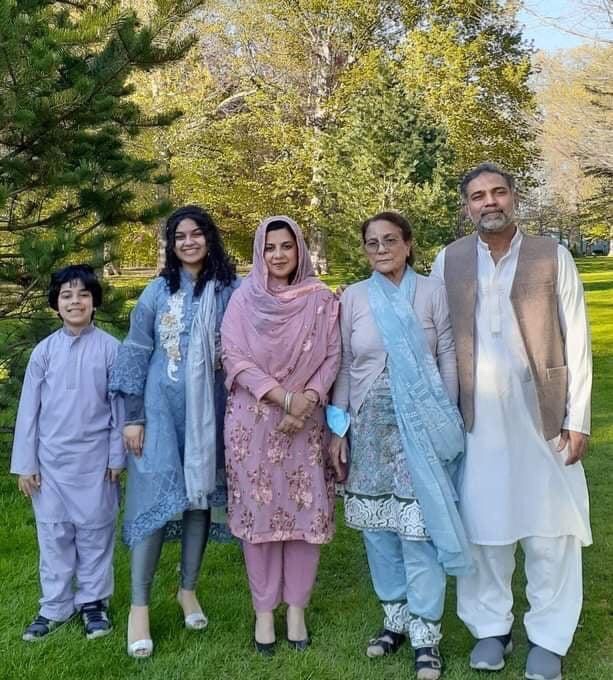