I’ve been delaying posting this, but circumstances force me to do so.

Some time ago, my wife and I separated.  It has been very hard on everyone.

I only raise this because some hateful bloggers – I’ll name them if I have to – have actually been taunting/writing about us and our situation, albeit in a vague way.  They are afraid of being sued, and they should be.

I have also learned political enemies in Ottawa and Toronto are trying to get their hands on the pleadings in the case.  In this way, they will know how much money we have (or don’t have), our mortgage, my business details, even the contract work I do for the Ontario Liberal caucus.  Everything.

I don’t know if they will publicize the pleadings, if and when they get them, but I wouldn’t be surprised if they do.  It tells you all you need to know about them.

I’ve written this, re-written it, posted it, taken it down.  But I will leave this here, for now, in the hope that the right people see this, and they leave my wife and children alone.

That’s all I’m going to be saying about this.  Thanks. 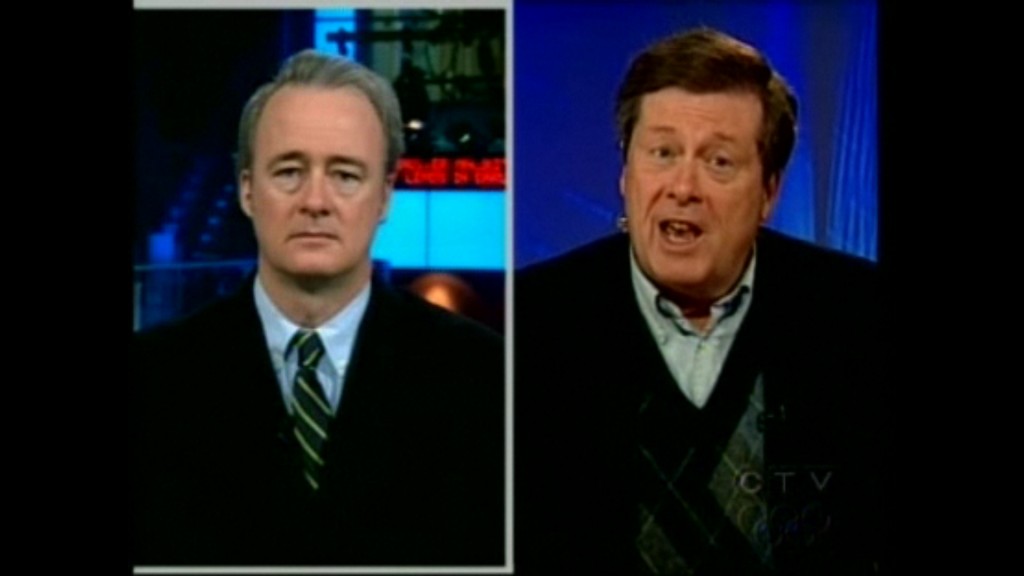 Me debating John? Okay, I’m sorry, but this is weird.

Here. The Rabblesians are unimpressed.

Nobody will be particularly surprised.

“…I think I did a really good job and I spoke for quite awhile and I said, “Okay, your turn, questions?” There was this silence and then one kid put his hand up and asked, “What drugs did you sell?” And I answered, “LSD that I imported in hollowed out Bibles (the first introduction I had to the Bible) and back then it was the good stuff, not the kind of crap you kids do.” That happened this week.” 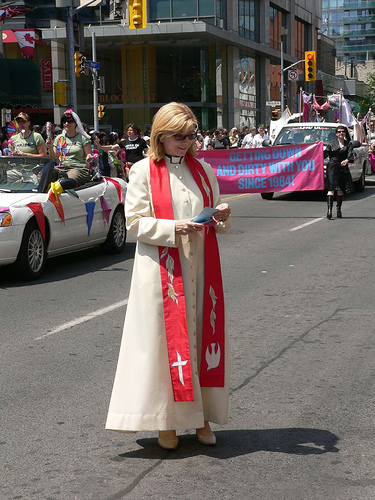 A sermonizing Cheri, completely oblivious to a parade, and a lot of other stuff, too. 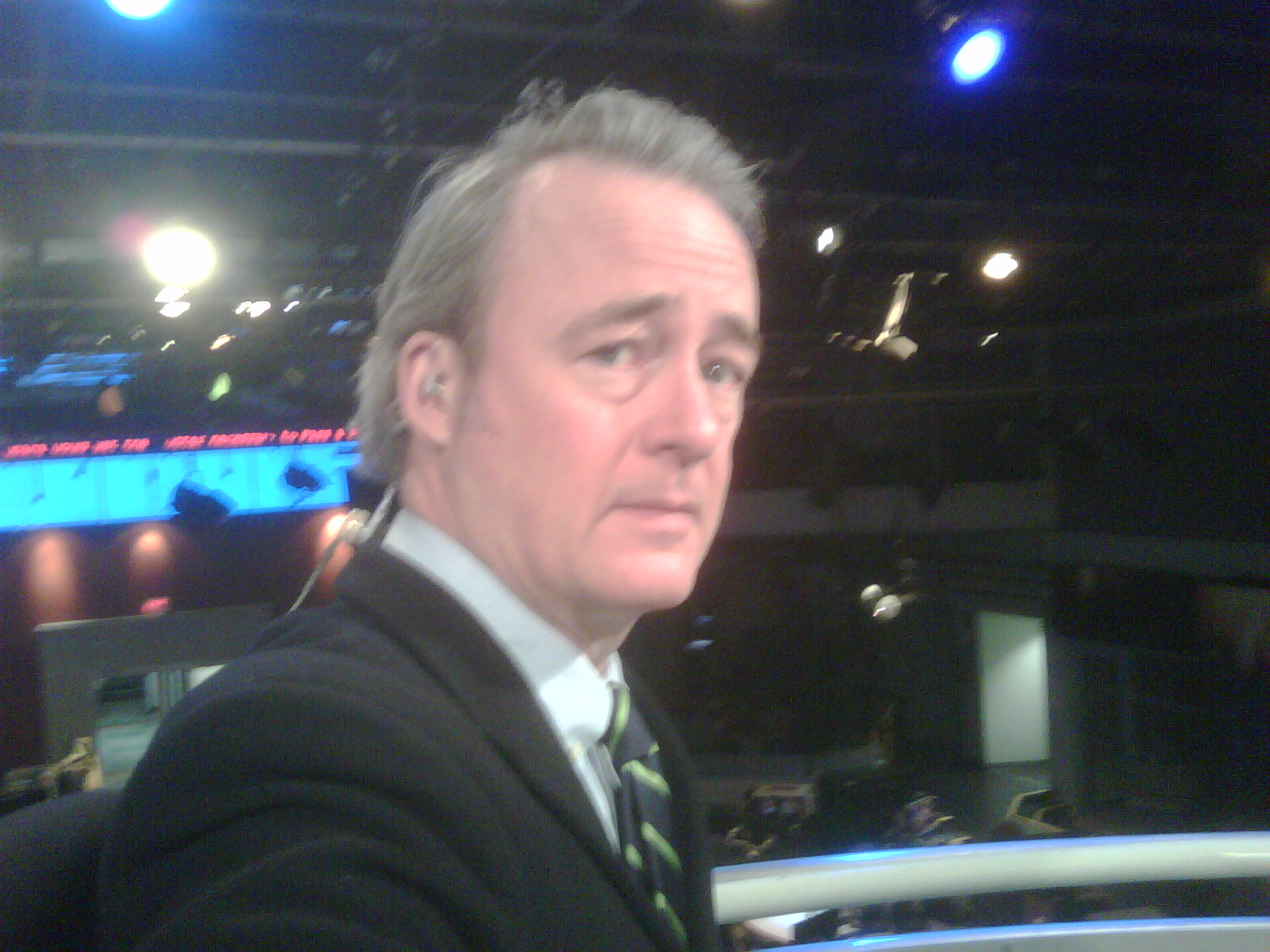 I did my own makeup, so if I look worse than usual, that’s why.
CTV’s HQ, meanwhile, is pretty deserted.
Maybe everyone forgot about theDaylight Savings Time stuff. I almost did!

Questions, some easy, some not

¤ Has Christie Blatchford ever taken a position that was not pro-cop/pro-prosecution?

¤ Did my friends Tim Powers and Kory Teneycke independently – and simultaneously, and uncharacteristically – decide to beat the stuffing out of Rahim Jaffer and Helena Guergis, as they are still doing, or were they urged to do so by PMO?

¤ Have the reporters doing the flattering profiles of the Dragon’s Den regulars – one in particular, known as “The Octopus” – talked to any, say, past female co-workers about, well, you know?

¤ Would you, or anyone you know, actually eat seal meat?

¤ If you ran an organization with a high public profile, and which often calls for others to be more tolerant, fund and/or facilitate a junket for white supremacists?

¤ Does anyone know how I can backup a Mac to a Time Capsule using a USB cable, without turning on the annoying and redundant Time Capsule wireless function?

¤ Am I ridiculous for tearing up every single time I see Captain Kirk shuttle towards the Enterprise at the start of Star Trek Four?

¤ Is it accurate to describe the blogosphere demographic as mainly male, and Facebook’s as mainly female?

¤ Does David Miller actually believe there is a single sane person in Toronto who believes he “found” $100 million?

¤ Are McDonald’s fries better than Wendy’s?

¤ Are you willing to provide your answers to these questions in comments, below, so that we can all have a bit of fun on a rainy, gloomy Saturday?

No Lady Gaga fan am I

…but there is Lynchian genius at work, here. Once you start watching it, you will watch it right to the end. Guaranteed.

Not suitable for work or little kids, BTW.  And if you figure out what it means, be sure to let the rest of us know.

My God, this is so sad

Say a prayer for this family.

Here’s a link to one of our tunes, I Am A Confused Teenager (and I am, still).

Plus, as an added bonus, here’s a shot of us, as on our little extended play.  Left to right: Nuclear Age, Wayne Sane Ahern, Ras Pierre Schenk and Just Plain Tom Edwards.  Tom’s a monk or something now.

Christ, am I ever old. 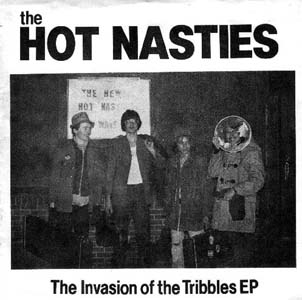 My boys and I were on the way to school/work yesterday, listening to one of the greatest political punk bands on the planet, and my oldest told me that ‘Ready To Fall’ – RA’s pro-environment anthem – had been removed from YouTube. I told him I would find it if I could.

Here it is, buddy:

Watch your back, Iggy – Warrenmania is sweeping, er, India

“Outside parliament Wednesday, ministers and ruling party leaders ran away from the media, saying that the matter was decided by the court. Opposition Liberal Party leader Warren Kinsella said acquittal of the former MP shows that there are two set of laws in Canada – one for the common man and another for influential people.”

UPDATE: My friend Delacourt spots another bit of fun. Me? I’m on my Challenger, heading to Calgary to pick up a pizza for Kevin Bosch.