I was on TV three times yesterday, which was a bit weird. The first time was over at CTV News, to talk about the top Trudeau ministers heading to Washington to, in effect, walk softly and carry a bigly stick. The government was finally heeding Canadians – and those of us – who wanted to see them get tougher with the Unpresident.

After that, I headed over to CITY-TV, this time without Doug Ford. In one hit, we talked about the wonderful, brilliant, perfect Ninth Circuit decision, which – as I put it – helped to hoist Trump and his G.O.P. supplicants on their own petard(s).

Trump thought he could attack judges, and get away with it. Wrong.

Trump thought he could just sign President Bannon’s Muslim Ban executive order, and no court could question him. Wrong.

Trump thought he could say all manner of hateful, bigoted things about Muslims, and get away with it.  Wrong.

And the lickspittles in the G.O.P. thought they could stop President Obama from appointing someone to the U.S. Supreme Court, and there’d be no blowback on them. Wrong.

If the USSC splits along ideological lines, the Ninth Circuit’s decision holds. Trump, and the G.O.P. loses.

The third CITY-TV hit, however, was the most fun. It was about how Trump’s fart-catcher, Sean Spicer, is even worse that the fabled Baghdad Bob. The clip is here. (I’ve tried to embed it, but the weird coding sends the video off to the side, or makes it full screen. Sorry. If you know how to fix it, Team Propellerhead, let me know.)

What a glorious, glorious day dawned today. As such, I am wearing this. 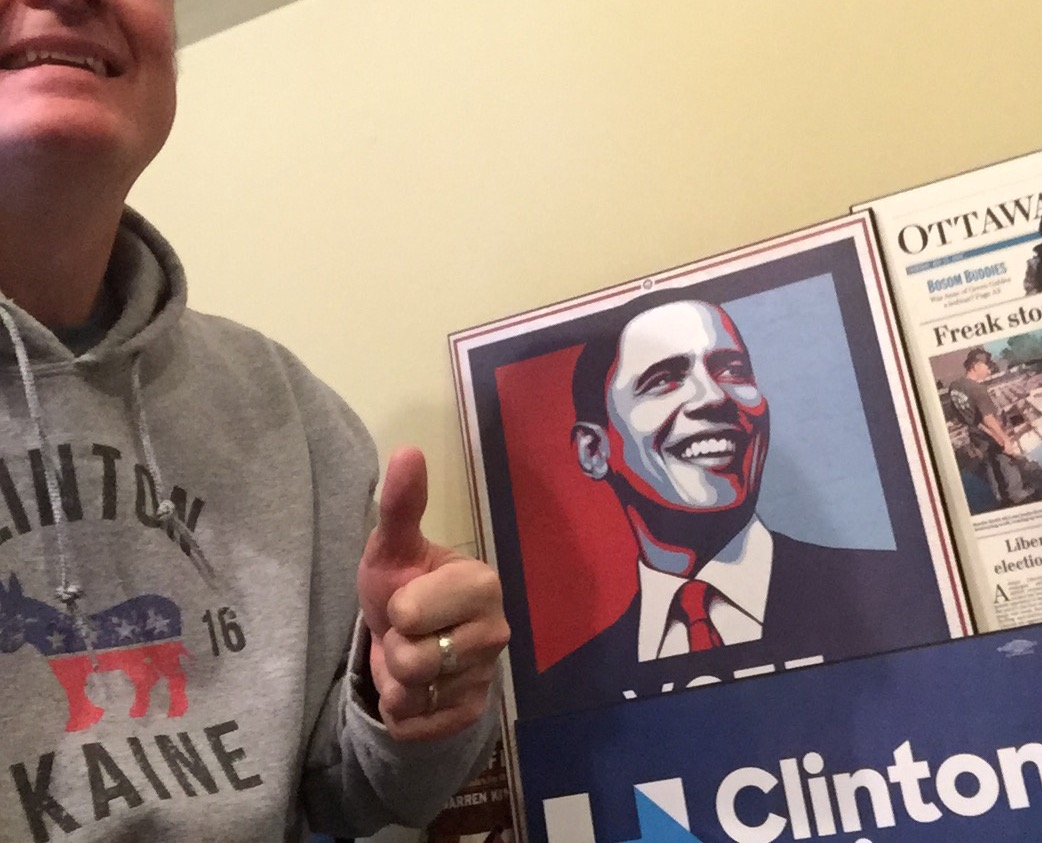