Provincial election: there’s one happening, unless there isn’t

An Ontario provincial election is happening!

LOL, as they say.  Journalism is fun.

You wanted “independent” Senators? Well, you got ’em.

And this one in particular – my friend Senator Downe – knows where the bodies are buried around Parliament Hill. He’s not to be trifled with.

Per my grandmother, be careful what you ask for, you just might get it, etc. etc.

In Sunday’s Sun: of nice guys and politics

But this much is always, always true: In politics, if you’re never nice to those below you, you will pay a very steep price.

Flaherty is now contemplating a fat salary on Bay Street, and adding up his gold-plated MP pension. His legacy will be that he played against type. He spent like a socialist in the post-recession period, and his budgets were never quite as slash-and-burn as some of us expected them to be.

Redford, still reeling from a caucus mutiny, will be in the political burn unit for the foreseeable future. But when she emerges, she will be fine. She’s a respected lawyer, and highly employable. Her legacy will be that she was tireless in promoting Alberta’s energy sector – and that she won the PC leadership, and the subsequent election, when no one thought she would.

Flaherty and Redford had several political victories. They achieved high political office. They should be leaving political life with many singing their praises.

Flaherty and Redford, whatever their successes, shared one fatal flaw: they acquired reputations for being impatient, intolerant or irritated – or any combination thereof – with those below them. They came to be seen as not particularly nice people. Which, in turn, hurried their departure from the political stage.

In federal Conservative circles, stories about Flaherty’s temper and temperament are legion. Just before his sudden resignation last week, in fact, one Conservative very close to Prime Minister Stephen Harper told this writer about how disliked Flaherty was by Hill staff and many of his colleagues.

Flaherty had a bad temper, the Harper loyalist said, and he did not ever hesitate to rain opprobrium on those below his station. He could be, and frequently was, “very nasty to those with less power,” said this veteran Conservative.

Redford, meanwhile, was all about the big picture – but not so much about the little people. That, more than anything else, is what forced her to offer her resignation.

Wrote Braid: “She neglected the everyday things — the connection with regular people, the concern for frugality in her work, the building of friendships in her party and caucus, the small gestures of respect, the kind attention to people she was forced to cast off.”

The Herald veteran continued: “She never seemed to realize — and her resignation speech gave no sign she’s starting — that to do the big stuff, a leader has to get those small things right.”

But the ones that do well – Jean Chretien, Jack Layton, Ralph Klein, Brian Mulroney, even Stephen Harper – do well unto others.

When my dad was dying, for example, my mom and I got a call from Stephen Harper. We talked about fathers. Even though I had been highly critical of his politics, Harper could not have been nicer to my family. We won’t ever forget that.

When I worked for Jean Chretien, meanwhile, I noted that he always entered – or attended – fancy political dinners in the same way: through the kitchen. He’d stop in the kitchen and thank all the staff, and talk to them and pose for pictures.

Around Ottawa, the cab drivers and messengers and secretaries all supported Chretien first – because he was nice to them.

As they reflect on why no one is lining up at the microphones to lament their departure, Jim Flaherty and Alison Redford might also contemplate this:

In politics, nice guys don’t always finish last. But guys who aren’t ever, ever nice?

Just picked this up at an antique shop Stateside 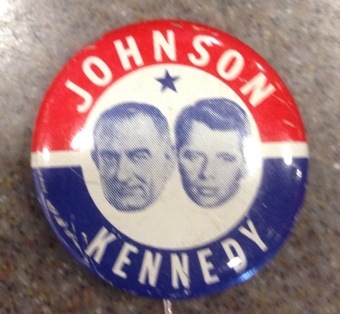 The Supremes just handed Stephen Harper a winning theme for his base. Get ready to hear a lot about “judge-made law” and “unelected judges” in the coming months.

Sarah Thomson starts her campaign by breaking the law

Check this out. The John Tory stalking horse has been soliciting donations for her “campaign” before she was even a candidate.

As I write this, she’s arriving at City Hall in a horse-drawn carriage. Stalking horse is right. 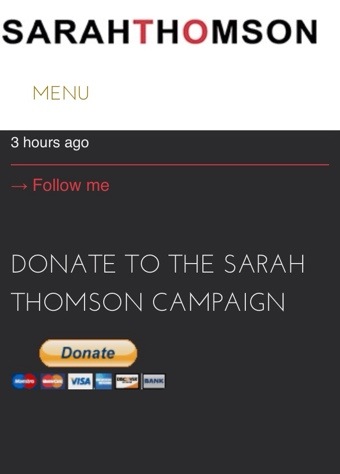 …you bunch of idiots.

More: former Rogers employee says she was “encouraged” to vote for John Tory by her bosses 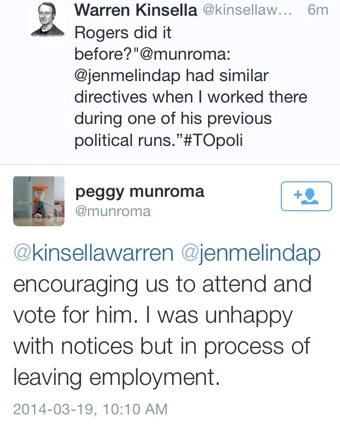