It’s been delayed, but it’s still in the works. Guess away!

Things are better. Exercise, healthy diet, started the new book. Here’s the view as I did so. 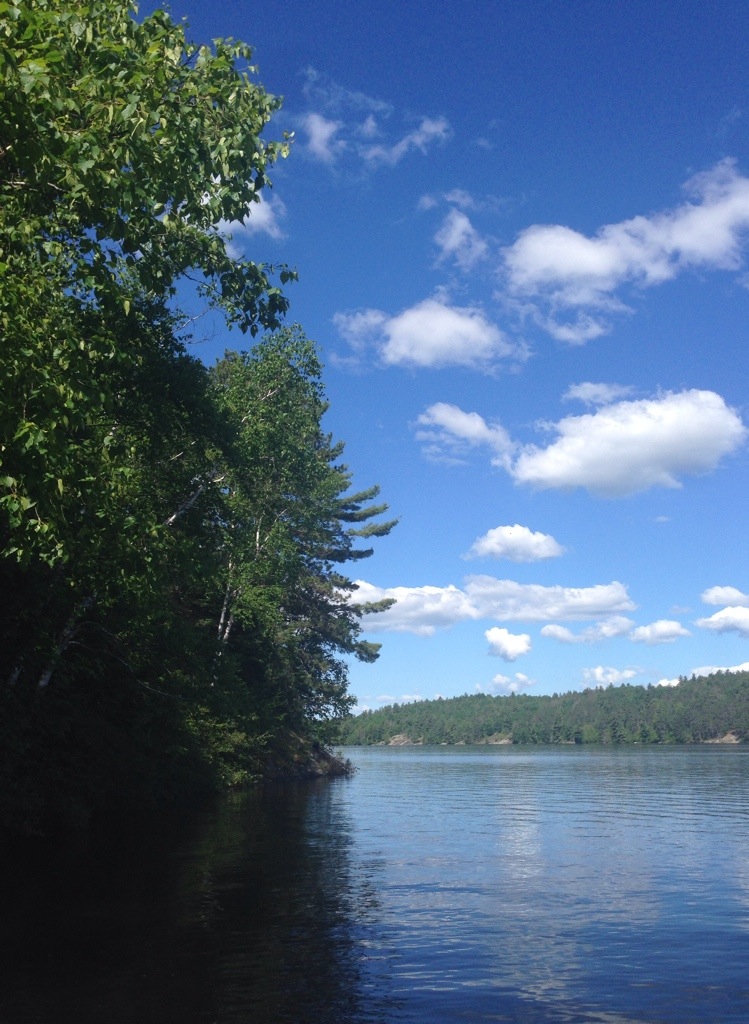 In Friday’s Sun: no dope

Good people of Scaraborough-Agincourt, we give you Liberal Party candidate Arnold Chan. You should vote for him not so much for what Arnold has done – but for what the Conservative Party hasn’t.

To be precise, the Conservative Party hasn’t behaved itself in the Toronto riding, which was formerly the domain of one Jim Karygiannis. This week, the ruling party circulated noxious flyers all over Scarborough-Agincourt, much in the way that the Axis used to drop propaganda leaflets on advancing Allied troops. As in that case, the Tory propaganda is unlikely to defeat the Grit forces.

The flip side of the glossy Conservative Party leaflet is truly news, however, and voters in the June 30 Scarborough-Agincourt by-election should take note. It is, as Trudeau himself said, disgusting. It is a disgrace.

The leaflet displays an unflattering photograph of a goateed Trudeau, alongside a boy who is smoking a joint. Smoke is wafting towards Trudeau, and the leaflet states that “Trudeau wants marijuana in local stores, just like alcohol and cigarettes.”

Well, no, actually, he doesn’t. Trudeau’s marijuana policy – over which the Conservative Party has been obsessing, for more than a year – is one that is supported by plenty of folks, including veteran police officers. If implemented carefully, it is a sensible, reasonable approach.

Says Trudeau: “Our current approach on marijuana is failing in two primary ways. The first one is it is not protecting our kids from the negative impacts of marijuana on the developing brain. Secondly, we are funneling millions upon millions of dollars each year into organized crime and criminal gangs.”

Does that sound, to you, like Justin Trudeau and his party wish to sell “marijuana in local stores, just like alcohol and cigarettes”? No, it doesn’t. In fact, it sounds like Trudeau wants to move aggressively to keep dope away from kids – and that he wants to inflict maximum damage on criminal organizations that profit from trafficking in it.

So, in other words, the Conservative Party leaflet – which was fraudulently designed to look like it came from Jim Karygiannis, not the Conservatives – is a lie. More significantly, it will not work.

Here is something that can be placed on another leaflet: one, about fifty polls have been conducted since Justin Trudeau became Liberal leader. He has been far ahead of Stephen Harper in all but a couple of them. Two, the Conservatives’ bizarre, infantile fixation on marijuana – which just about every living adult Canadian has tried, at least once – hasn’t helped them one bit. There is evidence (see point one) that it may even have hurt them.

There is a year left until the Conservative Party’s mandate runs out. If their idiocy in Scarborough-Agincourt is going to remain their political strategy, it will be their last year in power.

Remember that name, Scarbough-Agincourt: Arnold Chan. By voting for him, you have a unique opportunity to send the Conservative Party a message.

That is, it is Stephen Harper who is acting like he is on drugs. Not Justin Trudeau.

This is my fave: 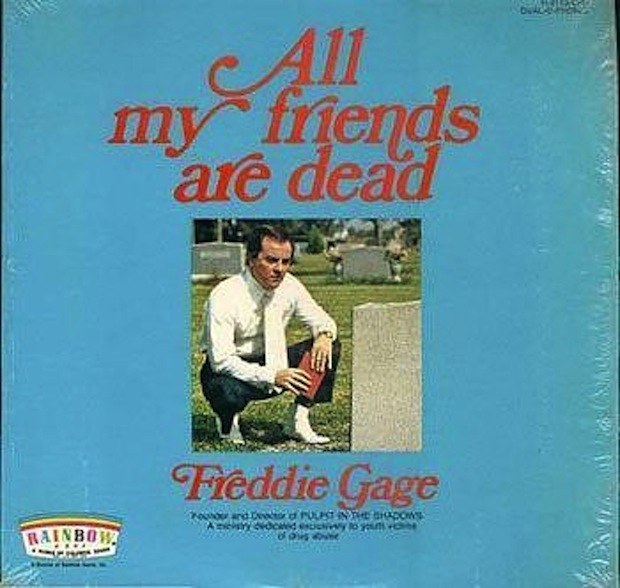 More here.  Be forewarned: 12 and 16 are rather disturbing.

Because, well, there isn’t. And Wynne’s smart to say so, early on in the new mandate. She has no choice, in fact.

Some people (eg. Smokey Thomas) are professing shock about this, but they shouldn’t be. It’s the reality. As I wrote last week, tough decision-making is part of the job. That’s what she’s doing, looks like.

Byline: should advisors be seen and be heard?

And, anyone who said they saw Ontario’s majority Liberal result before last Thursday is a damn liar.

Kathleen Wynne: “I question the judgment of Mr. Tory”

“I am willing to debate John Tory any time, anywhere, and twice on Sundays,” said Wynne. “I’m disappointed he has chosen to hide instead of tackling the issues that matter to voters.”

Just poking around on the Internet this morning, and found this release. May mean little in the current context, but it’s sure interesting.

In Tuesday’s Sun: the alternation theory and Justin Trudeau

Liberal governments back in power, somewhat unexpectedly, in Quebec City and Toronto: does that help Justin Trudeau, or does it hurt him?

Depends who you ask. Conservatives are less preoccupied with what political scientists airily refer to as “alternation.” Liberals believe in it, as an article of faith. That’s why so many federal Grits are (publicly) claiming to be happy about the election of Premiers Couillard and Wynne – but are (privately) a bit apprehensive.

Alternation, if you are unfamiliar with the concept, is uniquely Canadian. It asserts that Canadian voters are (a) aware of the dualities that run through our politics, and (b) wisely offset said dualities to provide balance and harmony. So, for example, Liberals believe in alternating between French and English leaders. Conservatives don’t, although they seem to pay some heed to East-West leadership duality.

Alternation means that, whenever the Liberals have been in power in Ottawa, Conservatives have generally held sway in Toronto. The same holds true, more or less, for the Quebec City-Ottawa teeter-totter: whenever federalist Liberals have been ascendant in the nation’s capital, they have been moving in the opposite direction at Quebec’s National Assembly.

If alternation sounds like a lot of political hocus-pocus to you, you are not alone. There are clear exceptions to the alternation rule. For example, Liberal Dalton McGuinty first won power while Liberals Jean Chretien and Paul Martin ruled federally, an alternation aberration that went on for two years. And Grits haven’t always adhered to the alternating French-English leader rule, either: recently, and fleetingy, they had two back-to-back anglos as leader (Ignatieff and Rae).

That all said, Team Trudeau may admit that alternation causes them some indigestion. For the next four years, Premiers Couillard and Wynne will govern and, one hopes, be obliged to make difficult decisions. For the next four years, then, much of the Liberal action – fundraising, media attention and the better political staffers – will gravitate toward the provincial capitals.

Trudeau may argue that he is responsible for some of Wynne’s big win. He helped her out at a big mid-campaign rally, true, and he stumped for some Ontario Liberal candidates. But Trudeau could not stem the anti-Grit tide in February by-elections in Toronto or Niagara Falls, nor before that in Windsor or London in August. The Ontario Liberals were humbled in those places, Trudeau’s beneficence notwithstanding.

As he surveys the Ontario-Quebec results, however, Trudeau is certainly entitled to form the opinion that the Liberal brand is back. After 2011’s federal rout, many pundits were claiming that Liberal parties were doomed. But now Liberals rule the roost in B.C., Ontario, Quebec, Nova Scotia and P.E.I., and big “L” liberalism looks anything but dead. Canadians seem to be migrating back to the political centre.

Three things stand in the way if Trudeau’s journey back to 24 Sussex, however. One, Stephen Harper is no Tim Hudak or Pauline Marois – he knows how to win, and Grits underestimate him at their peril. Two, Tom Mulcair’s New Democrats have not withered on the vine in Quebec – there, the NDP remain as popular as the Liberals, or more so. Three, Wynne and Couillard have revealed themselves to be disciplined, capable campaigners – and neither are guilty of verbal gaffes about abortion, the Ukraine, Chinese dictatorships or balanced budgets.

Alternation: it may simply be debate fodder for political scientists, sure.

Or, it could be the main thing that keeps Justin Trudeau from power in 2015.

Olivia Chow announces her advisory committee, and it ain’t bad

Check this out.  Pretty good – but there are lots more to come.

I’ve been getting some amazing notes from you guys this morning – offers to stay with a family in PEI, advice about real help from a former colleague on the Hill, a long letter from a fellow Bishop Carroll alumnus. Lots of others.

Going to get on the right track – I promise. And, apropos of nothing, here’s the only portrait ever done of me – by my Mom, in what I always wear up at the cabin. Felt time to post it.

Thank you again, all. 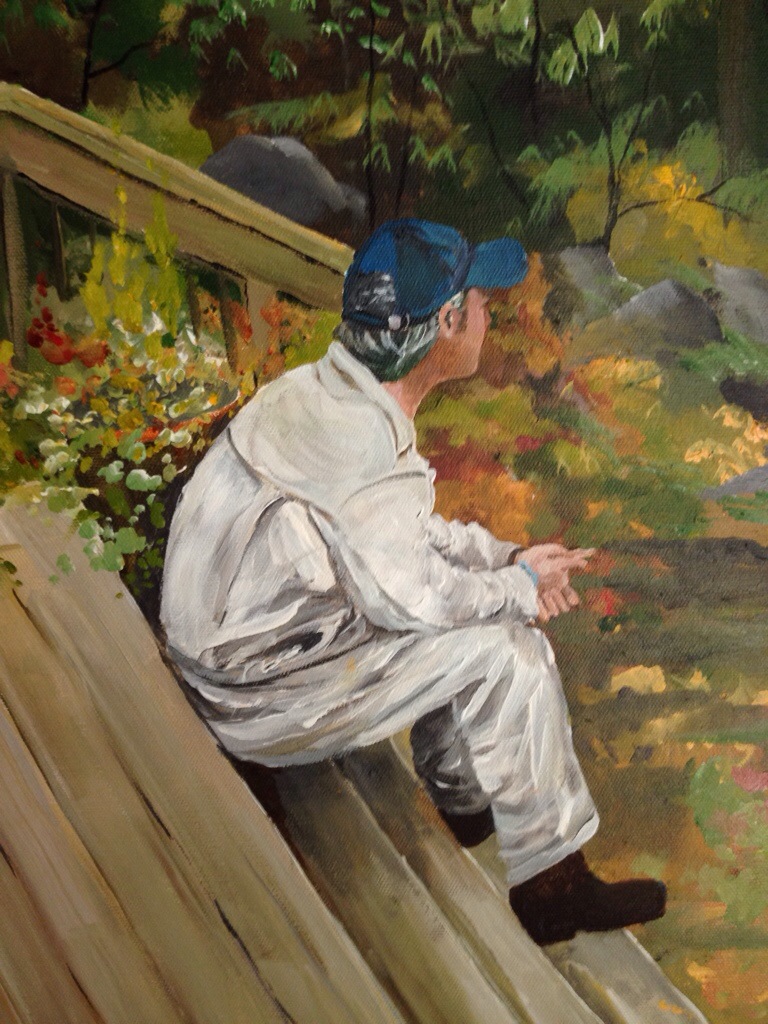