She wants to be mayor of Brampton. And she can’t spell Brampton. You can’t make this stuff up.#brampton #topoli #onpoli #cdnpoli pic.twitter.com/m8PfGPWwki

The female Member of Parliament, a former cabinet minister, looked afraid. She was pale.

She was describing sitting alone in a Winnipeg hotel room, months earlier, reading debased threats from an animal hiding behind a fake name. She was terrified, the MP said. The man said he was going to do sickening, monstrous things to her.

“It was horrible,” she said.

We were at a Toronto restaurant, that night. It got quiet. So I recounted how, before social media really got going, I had received a message from a guy who promised one of my sons would be raped and murdered.

With us at the restaurant was someone I was then involved with. This woman and I were shortly thereafter threatened with being “bludgeoned to death” by a Toronto-based neo-Nazi.
So, the three of us talked about the social media-based hate. We shook our heads.

We said something needed to be done about it.

Whenever you pursue these threats, whenever you do something about it – these dark words about rape and hangings and murder – it doesn’t always turn out the way you’d like. The police, the prosecutors, they say they can’t do much. They’re too busy. Or whatever.

For example: when I found the guy who threatened my nine-year-old son, the police visited him, but they didn’t charge him. I don’t know why. In the case of the neo-Nazi, the one who wanted us bludgeoned to death, I had to privately prosecute the case, because the police and the Crown wouldn’t do anything.

When it finally got before a judge – Ontario Court judge Dan Moore, remember that name, because I sure do – the neo-Nazi was let go, scot-free. (The neo-Nazi was later convicted of promoting hate against women and Jews by another judge, however.)

Sometimes, you win against the monsters. But those wins are few and far between. In the case of the MP, the man who had made the threats – a man who had once tweeted at my colleague and friend Lorrie Goldstein, “get in the oven, @sunlorrie Nazi Jew” – was convicted of criminal harassment and uttering threats. But those sorts of results seem to be the exception, not the rule.

Which leads us to Pierre Poilievre, and the clear threat recently made against his family. A white supremacist in Nova Scotia said he wanted to sexually assault Poilievre’s wife, Anaida. He now says he was “joking,” but that’s how these extremists operate now – when they go too far, they claim they were “joking.”

I won’t name the white supremacist, because that’s one of the things he wants. Diagolon, the group this man leads, favours creating a homeland for the like-minded, stretching from Florida to Alaska, in a diagonal line (thus the name). Diagolon is anti-Semitic, white supremacist, and militant. It is called “accelerationist” — meaning, it wants accelerate a race war and anarchy.

Diagolon promotes the Great Replacement Theory, which mainly asserts that there is a Satanic conspiracy to replace whites with non-whites. It also promotes material that served as the inspiration for the Oklahoma City bombing in April 1995, when a neo-Nazi slaughtered 168 men, women and children. And some of its members were arrested in Coutts, Alberta in February, and charged with plotting to kill police.

We know all this stuff about Diagolon and its leader, mainly, because Poilievre has been photographed with him, and has marched in Ottawa with Diagolon enthusiasts. When those things happened, Poilievre attracted a lot of unhelpful news coverage, but it certainly didn’t impede his march towards the Conservative Party leadership.

The Poilievres have been obliged to hire security because of past threats. And the Mounties are now reportedly looking at the vile threat against Anaida Poilievre.

In a statement, Pierre Poilievre denied knowing anything about Diagolon until “about a month ago.” That’s a little hard to believe, because he and his campaign were questioned by the media about the Diagolon dalliances as far back as July. That’s important, but certainly not as important as the hatred to which Anaida Poilievre has now been exposed.

So, the RCMP will investigate. Maybe they’ll charge this despicable bastard, maybe they won’t.

In the meantime, our downward descent into the abyss will continue. The death threats, the promises to rape, the urgings to kill oneself. Nothing will change.

Not until police and prosecutors get better training, and more resources. Not until social media owners decide to join the human race, and turn off anonymous accounts.

Wonder why our politics has become so ugly? Wonder why we are getting fewer and fewer good people to run for office? Wonder why society is getting more and more divided?

Ask the MP. She’ll tell you.

Woot! Heard from Daughter. They’re in a Giant Tiger parking lot in Halifax and okay. No power but okay. I told them to go get a Scrabble game because that’s their entertainment for the foreseeable future! Thank you, Giant Tiger! #FionaNS

I support trans people without qualification. Without qualification, I also support never sexualizing kids, or caricaturing women’s bodies, or turning classrooms into places where the priority – the kids – becomes something less. #onpoli

Truck is for sale. Other three sold.

New one: spotted on Highway 2

I met Trevor Harrison when I was brought in to advise the Ignatieff guys, more than a decade ago.  Whenever I’d see Trevor – always with his trademarked smile and good humour – I’d call him “Canada’s tallest freestanding political staffer.” He’d laugh.

Trevor died last week. You may not have known him, but many on the Hill did, and we are all diminished by his passing. RIP. 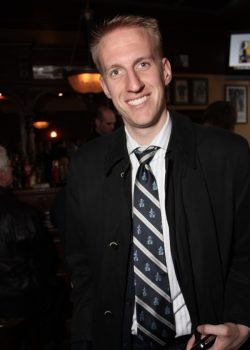