I love how the conservative ⁦‪Wall Street Journal is the most optimistic about ⁦‪Joe Biden‬⁩.

Just did some radio. Here’s what I said. You’re welcome.

Good morning. Here’s what you need to know, fellow Dems.

I volunteered with @TheDemocrats, and for weeks our focus was one thing: absentee ballots and advance voting. And we heard the same thing over and over: many, many Americans voted in advance. Our voters. #Election2020 pic.twitter.com/GlN1KnyvDd

Before you go to bed tonight, worried about what tomorrow will bring

…read this. Just read it.

Daisy Group never gets it wrong! 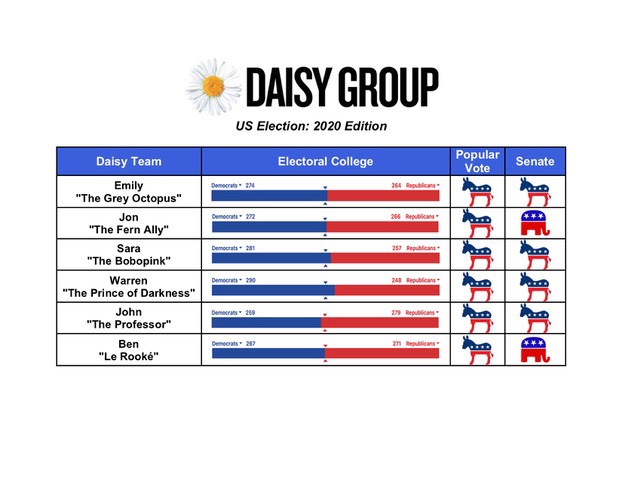 KINSELLACAST 131: Adler, Mraz & Me on why Trump must lose!

We get letters: a Bobby Orr fan drops us a line